Spearfish Canyon Country Club offers instruction to golfers at every different level of expertise. There is no golfer, at any level, who would not benefit from a session with one of our golf professionals. Whether just a beginner seeking rules and etiquette information, or a seasoned regular brushing up on a weakness, our scope of instruction will suit any need. Even the best players in the world go through issues which can be solved with adjustments from an instructor with a trained eye. 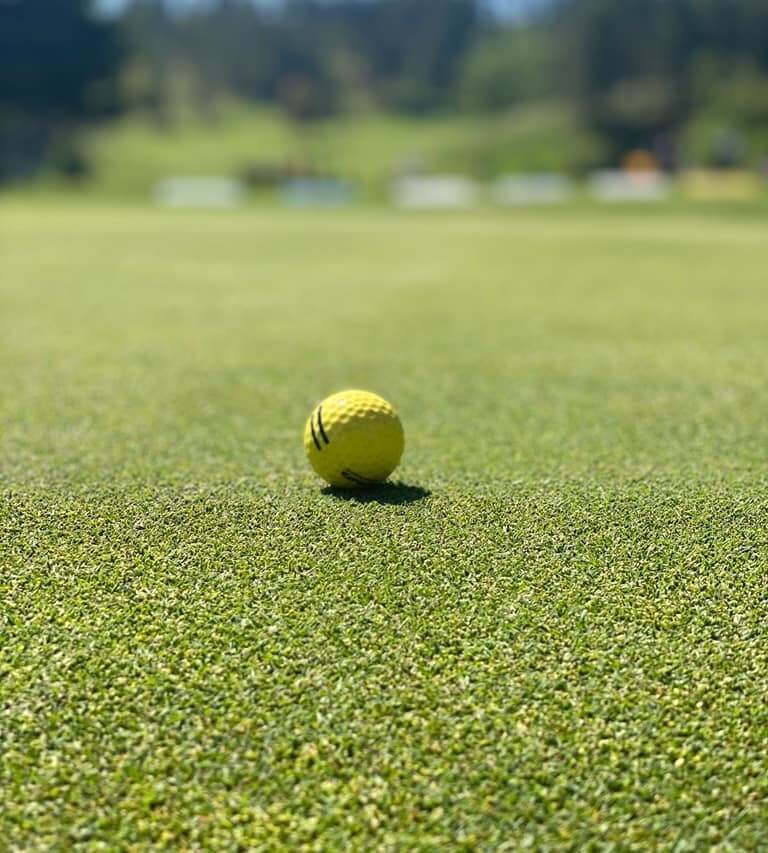 Our facility’s General Manager, Rob Kortan, has an extensive level of experience with the game of golf as both an instructor and a player. Rob’s background and accomplishments as a player, both as an amateur and professional, have earned many awards and much recognition. Rob was an All-American golfer in college, a South Dakota state amateur champion, and 4-time USGA event participant.

His background as an instructor is wide-ranging. As an assistant golf professional working in Albuquerque, Rob learned many techniques from New Mexico’s finest instructor and PGA Master Professional, Sam Zimmerly. In 2003, Rob took the reigns of the To’jahille Junior Golf Program, a Native American community on the outskirts of Albuquerque. Rob was very fortunate to work with the program’s architect, 4-time PGA Tour winner, and Golf Channel analyst, Notah Begay III.

In 2004, Rob learned many facets of the game from the best players in the world as a caddie for his brother, Brian, on the PGA Tour. He was on staff at the University of New Mexico from 2002-2005 as an instructor in their continuing education program, teaching the game to three different class skill levels. Since his hire at Spearfish Canyon Country Club in 2008, Rob has worked with many of the Northern Hills’ finest highschool players, and has aided his golf professional in her efforts as the head coach at Black Hills State University.

At Spearfish Canyon Country Club, we offer an environment and attitude which is conducive to learning. We provide quality, in-depth instruction which allows all golfers to understand the principals of the basic fundamentals.

The basic fundamentals are: grip, stance, alignment, posture, and ball position. With a sharp understanding of these five static fundamentals, a golfer can then move to the dynamics of the golf swing.  A golfer’s level of success on the course is directly related to their knowledge of  “how” to manage their game. A playing lesson may be needed to narrow the gap between expectation and performance.

For the avid golfer, understanding “how” to play is every bit as important as understanding the static fundamentals and dynamics of the golf swing.

Our facility’s Golf Professional, Jaime Bentley, also offers a unique skill set as an instructor. As a successful and decorated college golfer at Black Hills State University, Jaime has gained an extensive amount of knowledge with regard to the game of golf.

Jaime made the transition from player to coach shortly after her collegiate career, as she was the head women’s golf coach at Black Hills State University from 2008 to 2017. As an avid athlete with a love for many sports, Jaime also serves as the freshman and assistant varsity coach for the Spearfish Spartans’ girls basketball program.

She has been employed at Spearfish Canyon Country Club since 2004 and has many hours under her belt as an instructor. Jaime is also a registered professional in the LPGA. 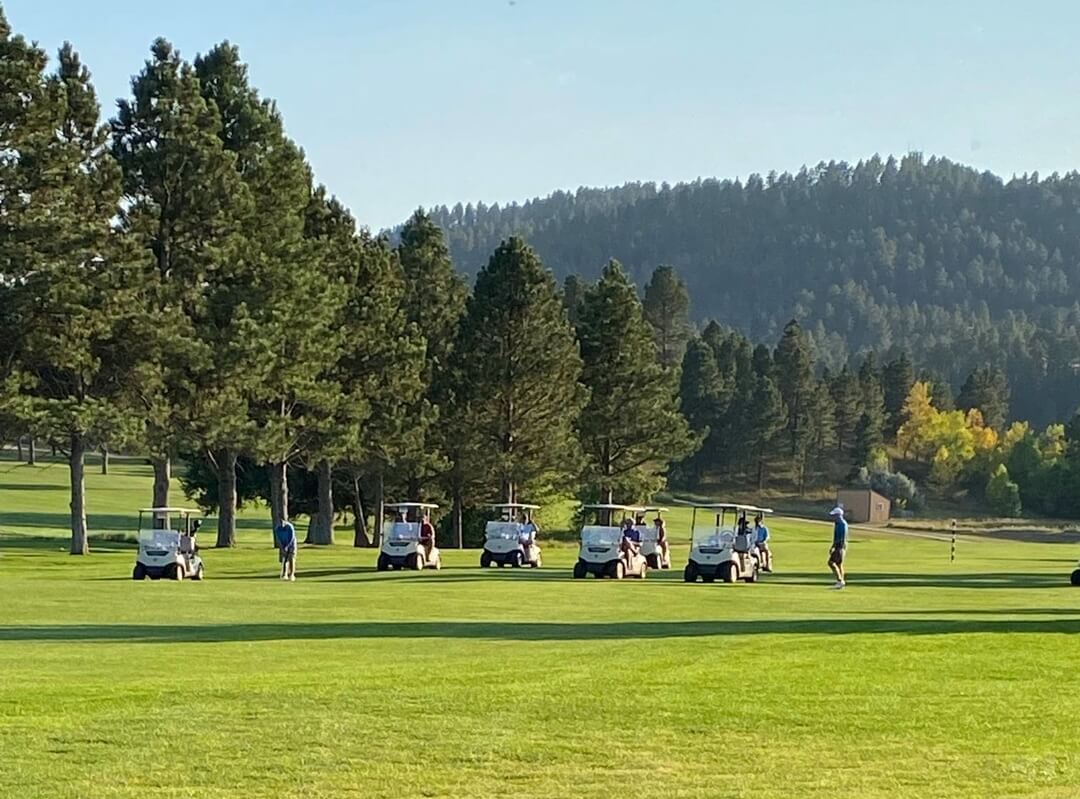 Instruction at Spearfish Canyon Country Club is offered to groups and individuals. We have junior golf sessions in the summer months of June and July. Click the link below for detailed junior golf information. Please contact the pro shop for further details on pricing and availability at (605) 717-4653 or proshop@golfspearfish.com.

Click on the link or the flyer for detailed junior golf information for 2022. 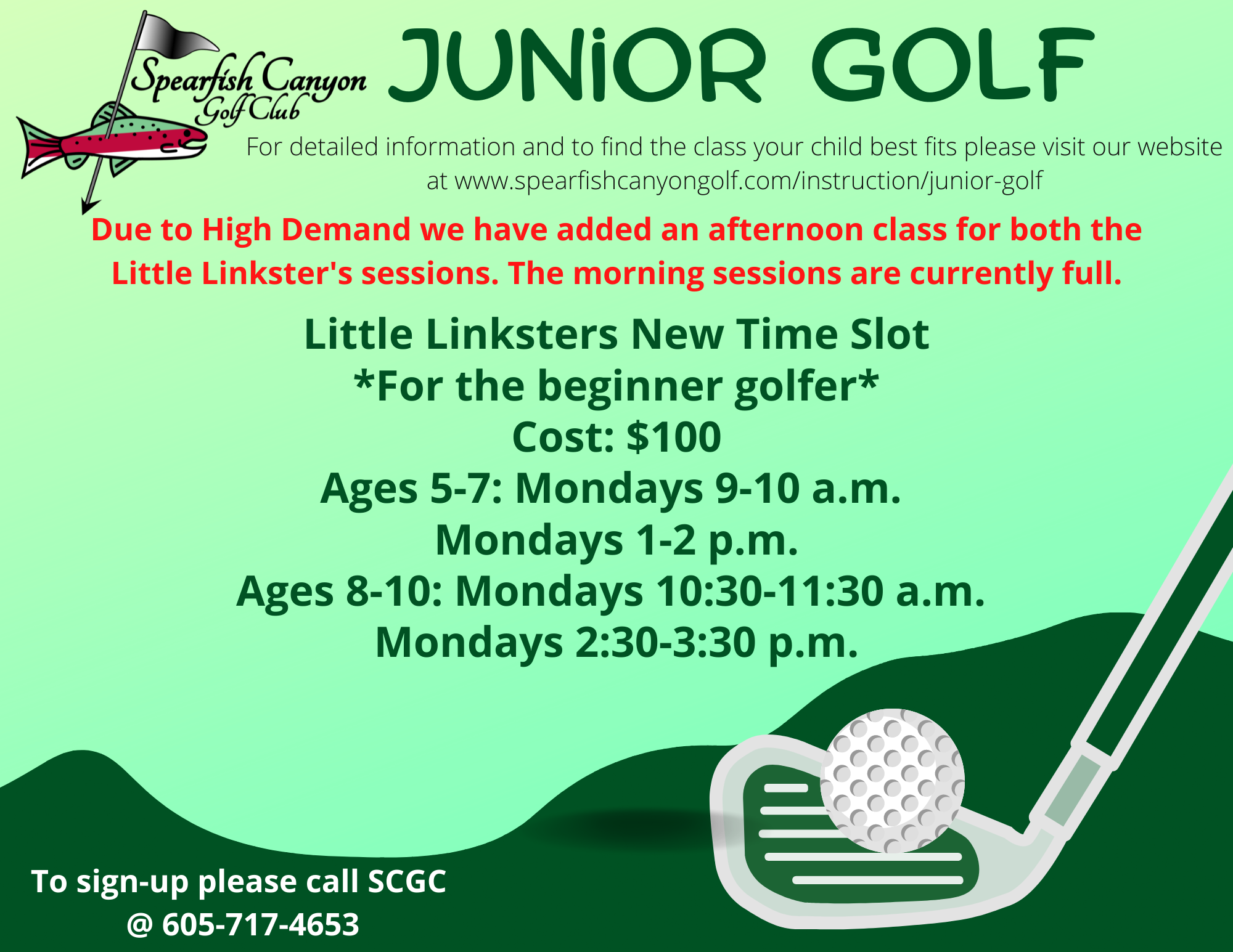 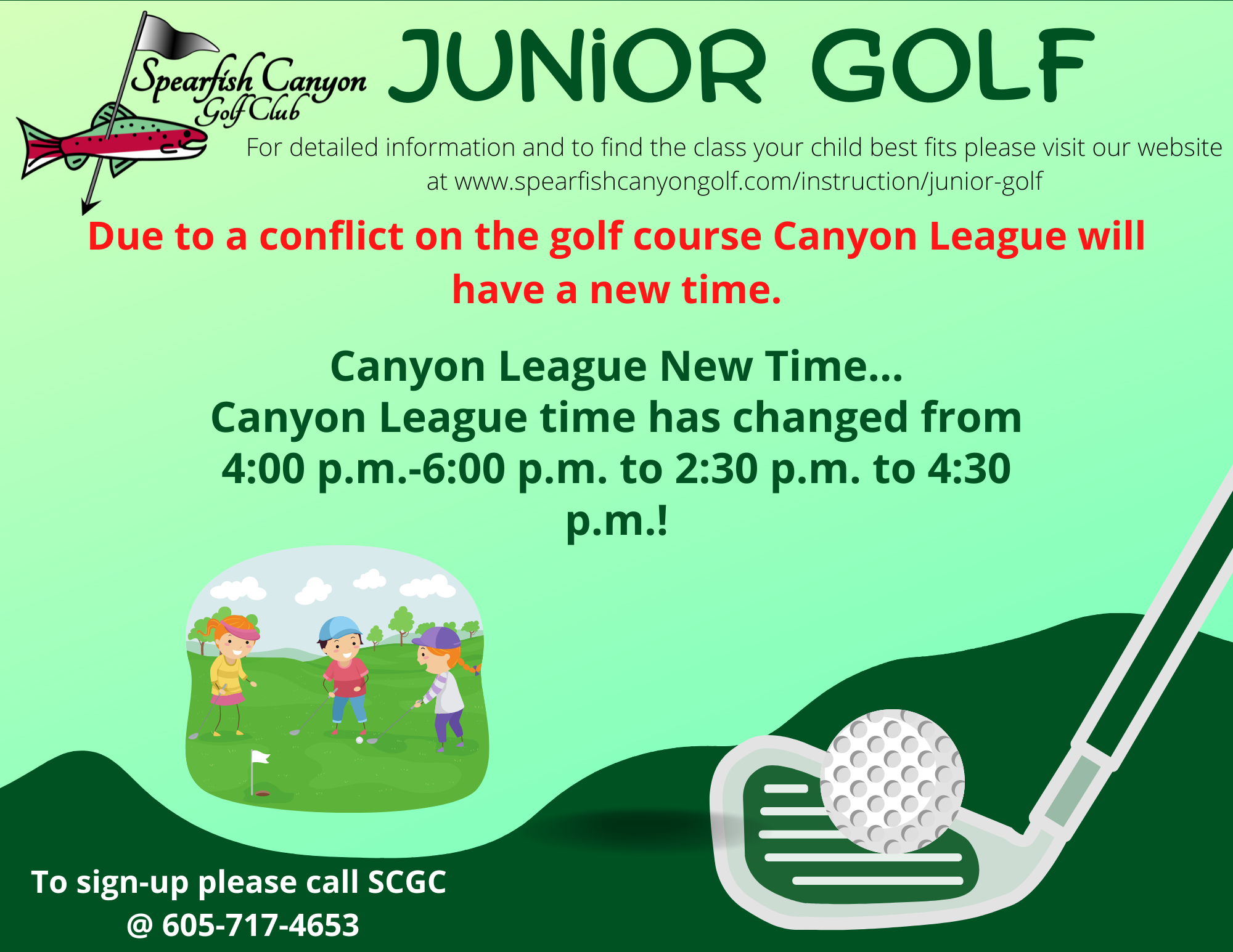